A tribute to Brenda Leibowitz 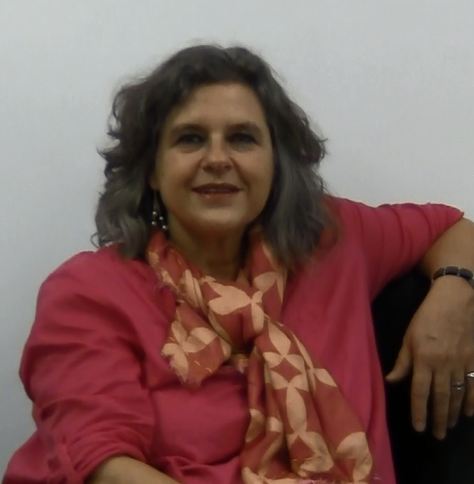 I first met Brenda Leibowitz when we both worked together on the ‘language project’ in the Academic Development Centre at UWC in the early 1990s.  In those days, ‘AD’ was a fledgling academic project, full of hope and ambitious about the ways it could contribute to the transformation of higher education in South African now that it was apparent a new political order was imminent. With Melanie Walker and Nasima Badsha at the helm, the ADC at UWC was leading the way in thinking about teaching and learning in higher education and Brenda and I were both exited at the prospect of all that was to be done.

I left UWC at the end of 1993 and Brenda left shortly afterwards but not before she had been instrumental in setting up the Writing Centre there.  Brenda’s conceptualization of the Writing Centre was for it to at the heart of writing development in the disciplines and its entire design was resistant to its use as a ‘first aid station’ for students who ‘could not write’ –  a role constructed for so many literacy related initiatives at the time.

After UWC, Brenda spent time at the Department of Education in Pretoria but returned to AD in 2003 when she took up a position as the Director of the Learning and Teaching Centre at the University of Stellenbosch. By the early 2000s, AD had been repositioned as a resource for institutional development as new policies and projects, such as quality assurance, kicked in and the Centre at Stellenbosch was in great need of the leadership which Brenda was well able to provide.

It was while she was at Stellenbosch that Brenda took on the role of resurrecting a professional organization for Academic Development.  The South African Association for Academic Development (SAAAD) had collapsed in 1998 and, although AD was employing many new people, nothing had replaced SAAAD in playing a key development and leadership role in the sector.  It was as a result of Brenda’s leadership as president of the new organization that HELTASA not only came into being but also became the force it is today in teaching and learning in South Africa.

Although Brenda’s capacity to conceptualise and lead teaching and learning projects was enormous, her real interest was in research.  She read widely, wrote extensively and, best of all, loved leading groups of people on big projects. Her ability to bring on novice researchers, particularly as writers, was unparalleled and is seen in the number of collections she edited.

One of her biggest projects was the NRF funded ‘Structure Culture and Agency’ project which looked at the conditions enabling and constraining staff development in South Africa.  This was a huge, multi-institutional project involving eighteen researchers from eight universities and the collection and analysis of enormous amounts of data.  The project resulted in numerous publications, not least the Learning to Teach in Higher Education in South Africa report published as ‘Higher Education Monitor 14’ in 2017 by the CHE. Brenda’s skill as a leader on big projects was to bring people together regardless of disparate theoretical and ideological positions and to draw out the very best in everyone.

After Stellenbosch, Brenda moved to a newly created chair in Teaching and Learning at the University of Johannesburg. Her status as a researcher was then further recognized in the award of a SARChI chair in the area.  Sadly, we were not to benefit from her potential in this prestigious position.

Although this tribute to Brenda pays homage to her enormous intellectual and leadership achievements, for many she will always be remembered first and foremost as a dear friend and colleague because her support for those she cared for (and there were many) was truly boundless.

My own most recent email conversation with her came about as a result of an enquiry about my own health – in spite of the fact that she was undergoing a grueling regime of treatment for her own illness at the time. In that brief exchange, we shared symptoms and I joked that we were having ‘an old people’s conversation’.  Brenda’s response was ‘We are, hey!’

As I look back on twenty-five or more years of friendship with Brenda, I weep at the loss of all she gave to the field and to so many of us personally.  Our loss can be nothing, though, to that of her dearest friend, her partner Andre, and her two boys Shaun and Aidan.

Brenda has been taken from us too soon, when there was still so much more to share and so much still to do in AD.

Rest in peace Brenda and be sure that your legacy to higher education in South Africa is enormous and will continue not least in the form of HELTASA.