Decolonising the curriculum: it’s in the detail, not just in the definition

In the two years since student protests kicked off at South Africa’s universities, people have become increasingly interested in what decolonisation means. This stems from students’ calls for university curricula to be decolonised. People want a precise definition. But it’s not that simple.

“Decolonisation” is a nuanced, layered concept. Its meaning cannot be unlocked using a scientific formula, recipes or definitions. An understanding of the process of “decolonisation” lies more in its detail than its definition.

For instance, little attention has been paid to how universities still reproduce colonial methodologies and practices that may not be relevant in South African universities today.

Committee meetings are one example of an inherited practice. A meeting is a gathering of a group of people to make decisions. Most groups use some form of western parliamentary procedure for their meetings. “Parliamentary procedure” is a set of rules for meetings which ensures that the traditional principles of equality, harmony and efficiency are kept. Robert’s Rules of Order, the best-known description of standard parliamentary procedure, is used by many different organisations as their rule book for conducting effective meetings.

The thought of a two-hour committee meeting – a staple of university life – fills many academics with dread. They know what will happen: they’ll sit and listen passively, contributing only when asked to; watching others dominate the space and push their own agendas. They’ll glare at anyone who dares to object or raise a point. Everyone just wants to escape.

So why do things continue this way and, some may ask, why does it matter?

There are many similarities between how students experience colonial classroom practices and how these manifest in university meeting practices. In both scenarios those who can speak are those who already have the currency to do so. Others, concerned about how their accents, use of language and lived experiences will be judged, remain silent and left out.

There are other ways to conduct meetings and present lectures; many are already part of South Africa’s cultural heritage. Could adopting, adapting or even just understanding more about these help universities to release colonialism’s grip on their practices?

In African settings, different “meeting” practices are followed. For example in traditional historic African societies, “meetings” were gatherings to make decisions and to discuss issues that affected the community.

The traditional lekgotla, for example, has been used for centuries for village assemblies and village leaders’ meetings. There’s also the indaba, historically an important conference held by the principal men of a particular community or with representatives of other communities; and the imbizo, a forum for policy discussion.

There are no doubt many more variations from a wider range of perspectives that could provide different “meeting” approaches.

The lekgotla, indaba and imbizo have featured in meetings and conferences for some years now. But have these cultural practices been appropriated in name only? Do people really engage with what it means to be part of such a gathering?

Ideally, by bringing individuals into a collective space, organisers should be inviting different knowledge and thought perspectives. Changing the way that “meetings” are convened and conducted is a chance to canvass wisdom and experience.

During a recent executive meeting of the Higher Education Learning and Teaching Association of Southern Africa (HELTASA), we decided to put this thinking to the test. Our approach was informed by some scholars’ writing about decolonisation as a “de-linking” gesture.

The “de-” in decolonisation, they argue, is an invitation to be active in making a “gesture” that breaks with colonial ways of doing things – especially those that continue to alienate, marginalise and silence people and their experience.

We attempted to do things differently, and the ways of interacting that emerged drew on members’ background, context, disposition and theories of change in meaningful ways. The feedback from members showed that individuals were able to find their voices, contribute meaningfully to discussions and felt valued through the personal and professional narratives and expertise they brought in.

The agenda was designed to include time for members to introduce themselves, share their vision and connect with each other in the group. They did this by dialogue and participatory techniques such as reflective exercises and drawings. They explained who they were, where they were located in higher education, and also reflected on their journeys into higher education as well as their reasons for being on the executive team.

This was an important break from traditional meeting procedure, where the chairperson makes the introductions and effectively speaks for everyone. Our approach was a chance for people to speak for themselves and to bring their authentic selves, contexts and backgrounds into the room.

The traditional academic-support staff divide in universities relegates administrative work to those who are lower on the academic hierarchy. Menial tasks are ascribed to secretaries and administrative support. Cognitive labour is carried out mainly by academics. By bringing people into the “meeting” space on more equal terms, irrespective of their assigned roles – chair, secretary, treasurer – we started to “populate” the room in a different way that validated and acknowledged the team’s varied expertise and energies.

The question of agency in any organisation is critical. The power and ability to make decisions cannot rest with leadership alone. By empowering people in meeting spaces you enable them to exercise their agency to ask more questions, offer more suggestions and contribute more meaningfully to decisions.

Those who oppose decolonisation might argue that you cannot just throw out all the current ways of being and behaving; that not all structures or practices are harmful.

But by exercising agency in this collaborative and responsive way, meetings can be seen as a spiral, not a linear process. People in academia should constantly move backwards and forward in their quest to find a solution. While striving for better ways to understand South African higher education today, those in the sector should look back and assess which ideas are still relevant and which should be done away with.

If higher education is to re-centre itself, academics and other staff must be invited to engage with the “powerful knowledges” they bring in. They have a wealth of cultural resources that the academy must value. How can academics reconceptualise and reframe what they know and do in their own fields – and then bring these visions into meetings and similar spaces?

The changed meeting procedure we’ve described here may offer some answers to these hard questions. It was a way to learn about others’ narratives, disciplines and practices in much more nuanced, gentle, respectful, imaginative ways. It created opportunities for dialogue characterised by mutual vulnerability that we hope can be sustained and valued in future.

Vulnerability, authenticity and respect – as well as imagination – are so vital in the decolonisation debate to ensure we really sink our teeth into the detail rather than bellowing at each other only about definitions.

This article was originally published on The Conversation. Read the original article. 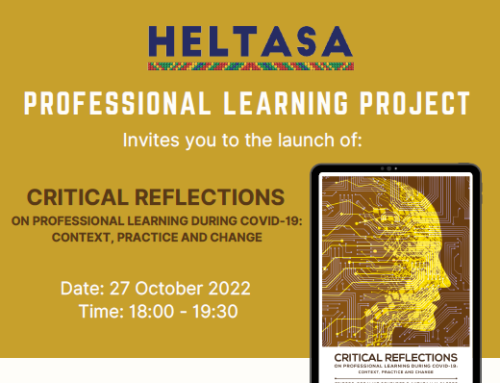 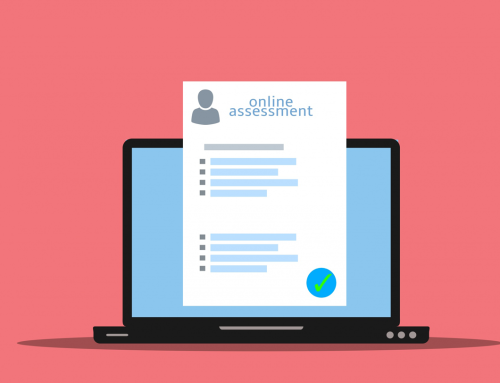 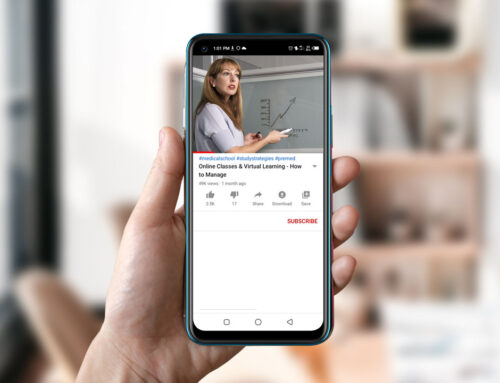 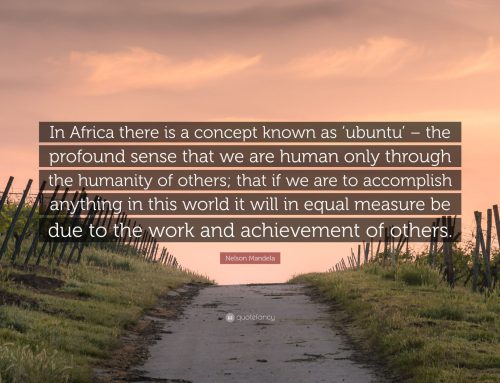 International Conference: Innovative practices in teaching and learning for building a sustainable and just society

International Conference: Innovative practices in teaching and learning for building a sustainable and just society

Advertise your vacancies with HELTASA

Learn more about advertising your vacancies on the HELTASA website


What is personal information?


How do we collect information about you?

We may collect personal data from a variety of sources. This includes:

This definition includes personal data collected through telephone calls, and online through our website and newsletter.

In these instances, we do our best to make sure that you are aware of the information collected which relates to you, as well as the purpose for which that information is collected.


What we do with your information

The information you provide to HELTASA will be processed purely for the purposes explained at the point of collection.

If you subscribe to our newsletter, we accept this as consent for HELTASA to use your personal information for marketing communication purposes. Each time we share news or marketing information by e-mail, you will have the option to unsubscribe from receiving further information from us.

We will not sell your name, email address, or any other personal information to any third party.

We will not disclose information about our stakeholders to third parties except when necessary to fulfil HELTASA's mandate to provide a service to you – e.g. if it is vital to work carried out by a trusted freelancer in design or website development services.

We may disclose any information, including personal information, we deem necessary, in our sole discretion, to comply with any applicable law, regulation, legal process or governmental request.


How we protect the information we process

We have implemented privacy policies and security controls to protect the personal information we collect and to provide for the use of that information within HELTASA.

We take every effort to protect your personal data from misuse, interference, loss, unauthorised access, modification, or disclosure.

Our measures include implementing appropriate access controls, investing in the latest technology and software to protect the IT environments we use, and ensuring we encrypt personal data wherever possible.


How long will we keep your data

We will keep your personal data for as long as we need it for the purpose it is being processed for.

You may also update or correct your personal information held by HELTASA by writing to us at info@heltasa.org.za.

Our website contains links to other websites that belong to third parties. We do not control the privacy practices of these other sites.

We reserve the right, at our sole discretion, to modify, add or remove sections of this privacy policy at any time and any changes will be communicated to you using the details you provided to us. If you continue to use this website, we take that as your acceptance of these terms.

You have a right to access the personal data we hold about you. If you wish to see this information, please contact us at info@heltasa.org.za.

If you have any questions regarding this privacy policy, or you wish to update your details or remove your personal data from our records, please contact us at info@heltasa.org.za.

This privacy policy will be governed by the POPIA (Protection of Personal Information Act 4 of 2013) and laws of South Africa. You consent to the jurisdiction of the South African courts for any dispute which may arise out of this privacy policy.
Necessary Always Enabled
Necessary cookies are absolutely essential for the website to function properly. These cookies ensure basic functionalities and security features of the website, anonymously.
Functional
Functional cookies help to perform certain functionalities like sharing the content of the website on social media platforms, collect feedbacks, and other third-party features.
Performance
Performance cookies are used to understand and analyze the key performance indexes of the website which helps in delivering a better user experience for the visitors.
Analytics
Analytical cookies are used to understand how visitors interact with the website. These cookies help provide information on metrics the number of visitors, bounce rate, traffic source, etc.
Advertisement
Advertisement cookies are used to provide visitors with relevant ads and marketing campaigns. These cookies track visitors across websites and collect information to provide customized ads.
Others
Other uncategorized cookies are those that are being analyzed and have not been classified into a category as yet.
SAVE & ACCEPT
Powered by